Players & coaches return to the field

After missing most of the past spring season, the club has resumed its on-field activities with fall practices during the months of September & October.  Other clubs in the area have also started up, and WDM hopes to schedule some scrimmages or games with them.  Fall is also a great time for new players to try the sport, and the club is welcoming several new players to its ranks.

The Club's Board of Directors recognized Jon & Toni Backstrom and Coach Zach Zielonko with Club Appreciation Awards for their outstanding contributions to the organization as well as the growth of the sport.

Coach Zielonko started the club in 2009 when he recruited a handful of Valley high school players to form a team which was the first  youth lacrosse organization in the state.  He left Iowa in 2011, but returned in 2019 to coach the HS Boys varsity program which went on to win the Iowa-Nebraska High School Championship.  He led the program again this past spring until the pandemic cut the season short.

Jon & Toni Backstrom, parents of past players Caley and Cade, made tremendous contributions to the club through the years which helped it grow to the point that it spawned new clubs in Ankeny & Waukee.  While they fulfilled many roles, most recently Toni was Club President and Jon served as Club Manager.

Thank you Coach Zach, and Jon and Toni!

Tigers commit to play at the next level 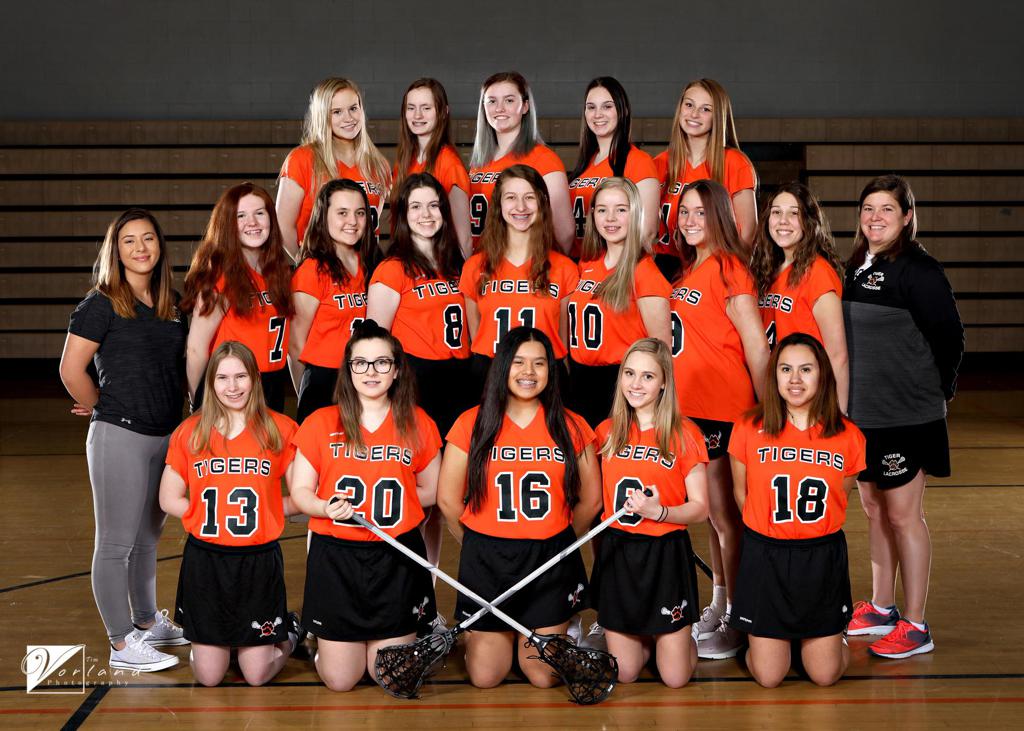 Coaches expectations and tips for JV Girls Team for 2019.